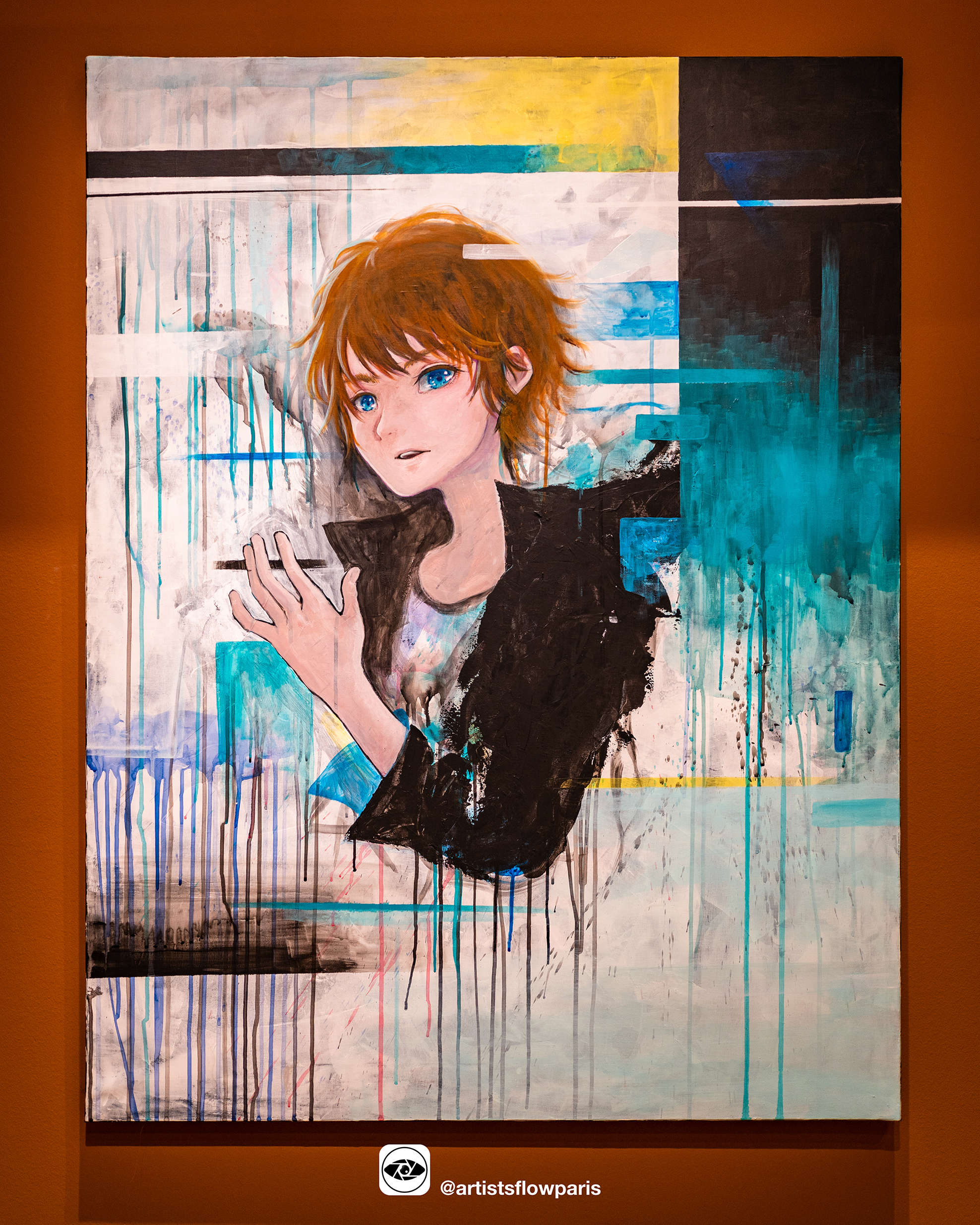 Since the 70s in the last century, the occidental world has experienced an overwhelming storm of Japanese pop culture. People lost track since when the manga has become a standard entertainment for kids. At the same time, Japanese tech products and cuisine has also conquered the world. Take France as example, the national sale figure of Manga till this day is second only to Japan. Almost every kid knows sushi and ramen.

Somebody might ask the question: how come the Japanese are so successful in culture exportation? The painting of Mao shares some insight of this phenomenon with us. By simply looking at the work, we can immediately recognize it is a Japanese manga style painting. It is not very difficult for us the imagine that this is the portrait of a manga hero. However, there’s something off in this perception, have you noticed it?

The facial traits shown here belong to a man with clear Nordic ancestries. If you’ve read enough manga, it is not difficult to realize that the majority of the heroes look like descendants of Sweden royal families. You still don’t believe me? Have a closer look at this work of Mao, the blue eyes, the red hair and the pale skin color are all there.

Under this phenomenon, there lies a conscious choice made by the Japanese authors. When they create a manga, they choose western European look for their heroes the majority of the time. Then with those very characters, they tell a story under Japanese culture framework. For a western audience, the similar look assured the immersion. In addition, the actual stories get to keep the core of Japanese culture and still present exotic feelings. This contrast similarity and difference resulted in the unique charm of Japanese pop culture. It was only a matter of time for it to sweep the globe.

The colors of Annie BODIN

The superpower to read minds, do you want it?